Australian autonomous solution company RCT is delighted with the positive experience from the recent MiningWorld Russia expo held in Moscow from April 23-25.

They spoke with over 100 delegates over the course of the event including representatives from large regional mining companies and equipment suppliers based mostly in Russia but also in Kazakhstan and Ukraine.

Mr Macarow said delegates were generally impressed with the functionality of the Automation Centre.

“The Automation Centre acted like a magnet, people walked straight to the chair and displayed great interest in how it worked,” he said. 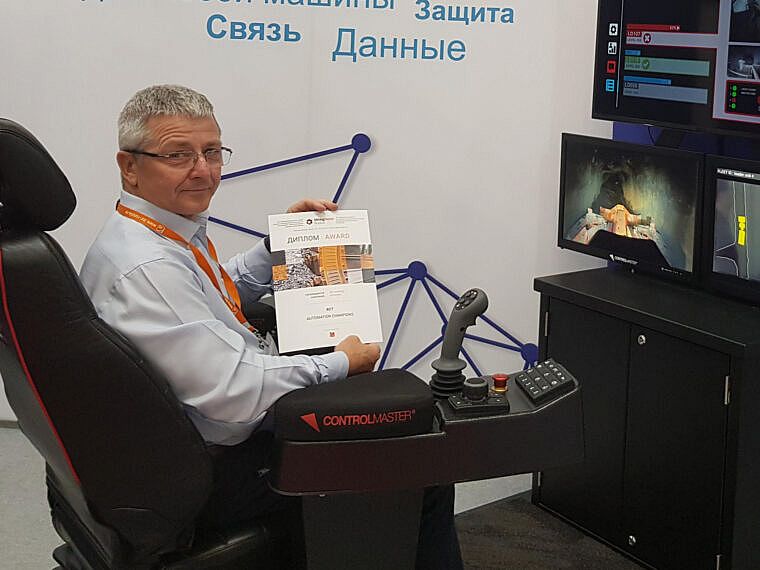 “The people we spoke to were aware of automation technology and everyone knew of our Teleremote project with Polyus.

“Overall, I had a very good impression of the event, it was a great opportunity to speak with a wide range of industry figures who had all come together under the one roof at a single time.

“MiningWorld Russia has proven once again to be one of the greatest industry events in the region, RCT will certainly be back in the future.”

RCT also received the Automation Champions award which was judged by the expo's organisers.