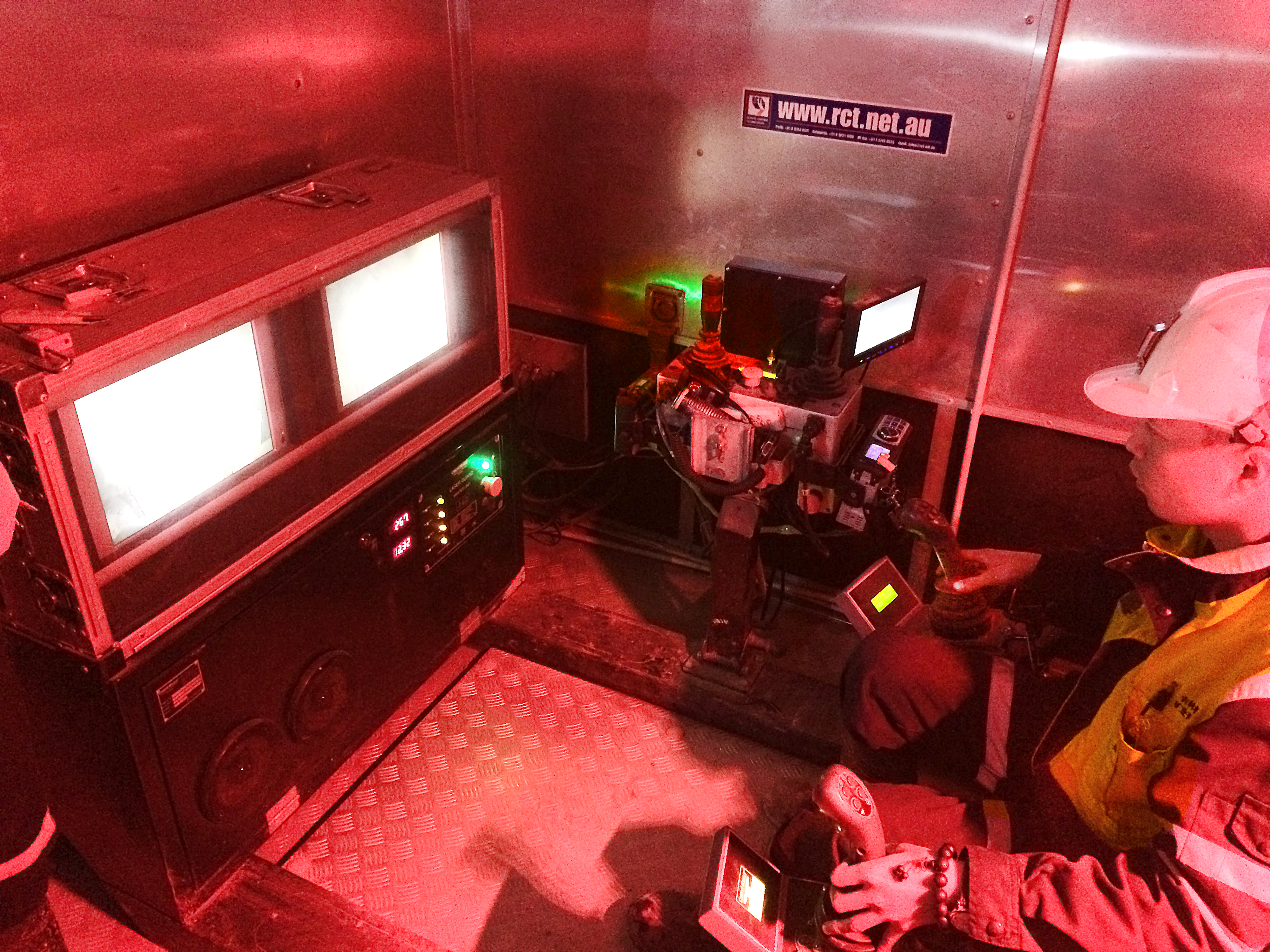 RCT joined forces with Canadian-based Eldorado Gold to deliver a solution that helps minimise the risks associated with loader operations at Eldorado’s White Mountain Mine in China.

RCT’s technology allows the operator to be removed from the loader – away from potential hazards within the operation. This feat was made possible thanks to RCT’s ControlMaster® Teleremote system which allows operators to load hauls from the safety and comfort of a purpose built operator control station. At White Mountain, this was cleverly fitted into the site’s disused delivery truck.

The ControlMaster® Teleremote system was not only the first system of its kind to be used in China; it was also a huge success, improving safety and productivity at White Mountain.

“Since implementation, we have seen a five per cent increase in productivity as loaders are able to move more quickly and experience less wear and tear, thus requiring less maintenance downtime,” Eldorado Gold states on its website.

RCT has helped clients increase profitability, productivity and safety in the mining industry for more than 40 years.

“As global leaders in machine control and automation RCT was delighted with the opportunity to provide Eldorado Gold with China’s first Teleremote system at White Mountain Mine. We look forward to continuing to empower their operators and improve safety and bottom line performance,” said RCT Executive Director and Chief Executive Officer, Brett White.

Read more about RCT’s collaboration in the article below, first published on Eldorado Gold’s blog:

How lasers, robots and remote controls are making mining safer

Remember how much fun it was to play with remote control cars when you were a kid? What if that same technology could also keep you safe?

At Eldorado’s White Mountain mine in China, our tele-remote loading system is doing just that, allowing operators to control loaders from hundreds of metres away, well away from potential hazards.

“Our team took the initiative to build this system. It was their idea and their work that made this system successful,” says Warren Uyen, General Manager at White Mountain. “It’s the first of its kind in China.”

From the outside, the bright blue control station looks like a delivery truck. But inside, it’s loaded with high-tech video monitoring equipment that acts as the operator’s “eyes.” Two TV screens allow operators to see where the loaders are going and monitor loader data such as engine oil pressure, temperature, coolant level and hydraulic oil level. A stick-shift system allows operators to control loaders from up to 500 metres away.

It’s comfortable too: the vehicle’s cabin is outfitted with a chair, air conditioning and a red light that helps the operator’s eyes. The red light helps operators to adapt their vision to the dark if they have to exit the control cabin underground.

A robot vehicle and laser beams

And if a remote-controlled vehicle wasn’t enough to get your inner child’s attention, it’s also got laser beams.

The loader is fitted with a semi-automation system that allows it to operate at speeds of up to 10 kilometres per hour with no steering from the operator. Laser technology keeps the loader’s path true to centre even while going around sharp corners. All that the operator has to do is to direct the tele-remote system in a forward or reverse direction and direct it left or right at intersections.

This system can detect major obstacles and keep the machine traveling on the optimal path. The system also automatically controls the vehicle’s steering, braking and speed. This allows loaders to move more quickly and with less wear and tear.

Warren notes that they are seeing a much larger benefit to production than was originally estimated.

“Loader productivity is up 5–10 percent,” he says. “It’s a great combination of improved safety and productivity”.

But no matter how exciting a new technology is, safety is always our priority.

Before our tele-remote loading system was implemented, our White Mountain team developed a HAZOP (hazard and operability study) to identify possible issues and risks in implementing this system. The HAZOP was conducted over eight one-hour sessions that addressed operational, maintenance and safety requirements.

Now, these issues are addressed by our mining and maintenance team, who have been thoroughly trained on how the system operates and what maintenance it requires.

The result? Our bright blue tele-remote truck has transformed loading operations at our White Mountain mine site!

For more information on the project visit: