Costerfield produces ore via a single portal underground mine with site personnel using a narrow vein method to extract vertical veins of ore.

The mine produces up to 80,000 equivalent ounces per annum in gold and antimony in gravity gold and a concentrate compromising approximately 54 per cent antimony and 60g/t gold.

The nature of narrow vein mining dictates that ore drives are quite thin to reduce the amount of waste material that is captured.

Costerfield’s drilling and blasting program was designed to maximise ore recovery by throwing the ore towards the draw point, however, historically the site could only recover 75 per cent of the ore.

This was due to the remaining ore sitting in the stope void out of reach of the underground loader as manually operated loaders could not exceed the stope brow.

Mandalay then investigated implementing a loader that could be managed remotely to extract additional ore and to safeguard equipment operators from hazardous situations at the mine face.

In 2015, Mandalay Resources engaged RCT to implement its ControlMaster® Teleremote and Guidance Automation product on a Sandvik LH203 Loader.

The automated loader enabled Mandalay Resources to retrieve significant amounts of ore that were previously unreachable.

In recent years RCT has increased the autonomous fleet at Costerfield by commissioning ControlMaster® Teleremote and Guidance Automation on a second Sandvik LH203 as well as a Sandvik LH151D.

The machines are managed from Fibre Optic Control Stations (FOCS) at secure locations in the underground mine protected by Laser Guard Containment Units as well as stations on the mine’s surface.

“Removing operators from the machine is the best outcome as it eliminates their exposure from one of our highest risk jobs which is working at a stope brow.

The small loaders we use are very rigid which has the potential for repetitive strain injuries.

They also have open cabs and in this environment, dust, machine exhaust and debris can be an added safety concern,” according to Jayson Guzzo, Major Projects and Innovation Manager – Costerfield, Mandalay Resources.

In mid-2019, Mandalay made the decision to implement a digital mine communications network to accommodate future technological growth.

“Given that we are a narrow vein operation we may have to access ore a significant distance from the mine access point so we are looking at going to a digital platform so we can run a fibre backbone and autonomously operate machines over a vast distance,” Mr Guzzo said.

“In a traditional mine you might spend a whole week bogging a single stope before moving, but at Costerfield we might bog 3 or 4 headings in one shift, so the number of sites that we have to have set up at any one time are multiple, hence a digital system will significantly speed up the process of commissioning new drives.”

Mandalay has reported that ControlMaster® Guidance Automation enabled them to carry out bogging and firing operations simultaneously, saving them substantial time which was previously spent clearing personnel to a safe distance.

“At Costerfield the drives are roughly 2m wide so Guidance Automation keeps the machines off the walls and stops them bouncing around the tunnels so the damage to the machines is a lot less and results in significantly reduced unplanned maintenance time,” Mr Guzzo says.

“Relocating operators from the cab of our loaders to safer environments on the mine’s surface is essential, and being able to continue bogging during firing as well as significantly reducing shift changeover time is critical to improving site productivity. Plant automation is definitely the way of the future in the mining industry and RCT are the leaders in that area, which is why they are our preferred supplier with this equipment,” Jayson Guzzo, Major Projects and Innovation Manager – Costerfield, Mandalay Resources. 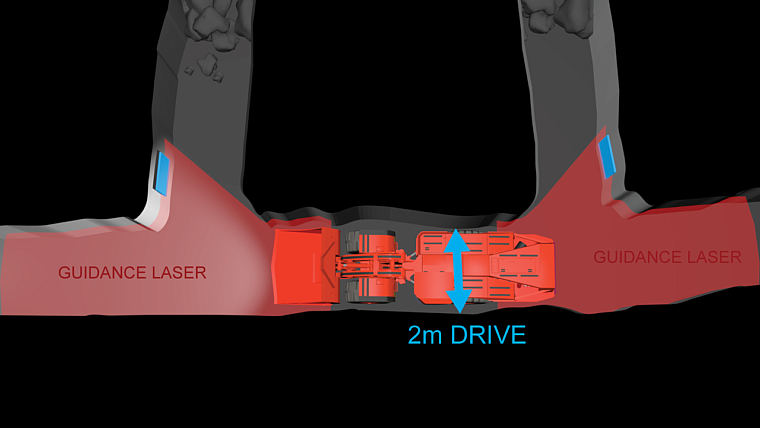 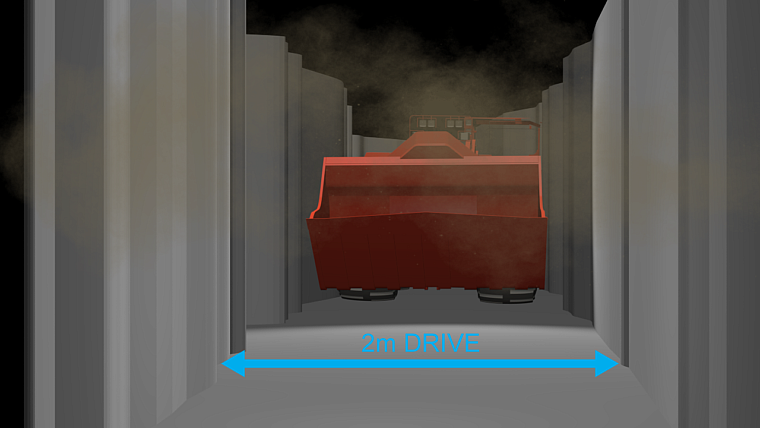