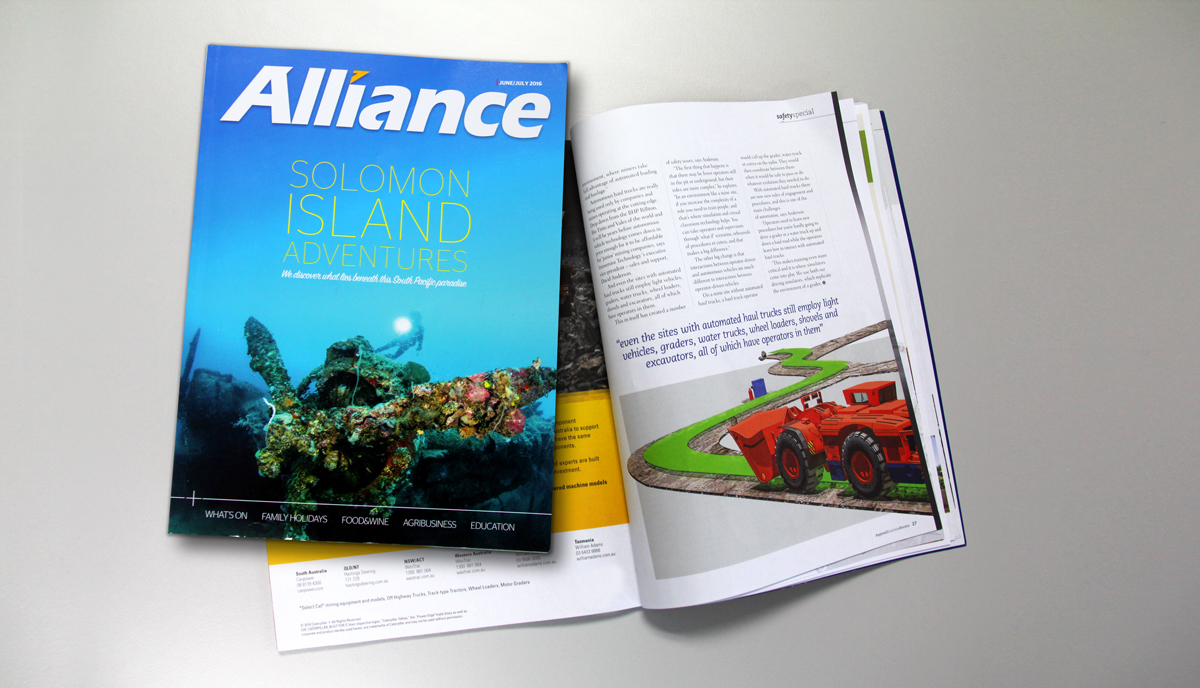 This article was originally published in Alliance Airlines Inflight Magazine

The advent of autonomous haul trucks on some Australian mining sites may represent a step change in how mines operate; however, humans in vehicles on mine sites will be with us for a long time yet.

The company’s senior business development manager, Phil Goode, points out that “the big story is fleets of trucks being automated, but there are 1,600 to 1,700 active mines globally and only a handful of those have automated haul trucks”.

There has been a lot of uptake of automation in other areas, however, says Goode. “Automated drill rigs, jumbos et cetera are where we are seeing customers taking advantage of automation. Because better drilling, then blasting improves the entire mining process: better blasts

“The implementation of that technology means there is now a lot of focus on tracking people going onto a mine site, and there has been a lot of discussion by regulators about proximity detection systems,” he says.

While proximity detection systems are common in South America and South Africa and are currently mandatory in the United States of America, Goode questions whether this will happen in Australia.

“Australia is a high-wage country with a small population and our mine sites just have less people on them than mines in other countries,” he points out.

Another issue that will hold back automation in some areas is mine site access. Some sites in the more remote parts of Australia have public roads running through them and “you even have people with caravans on the lease at times”, says Goode. “And

, the level of control you have over the site is critical,” he notes. “Underground is a much more controlled work   environment, where miners take full advantage of automated loading and haulage.”

Autonomous haul trucks are really being used only by companies and mines operating at the cutting edge. 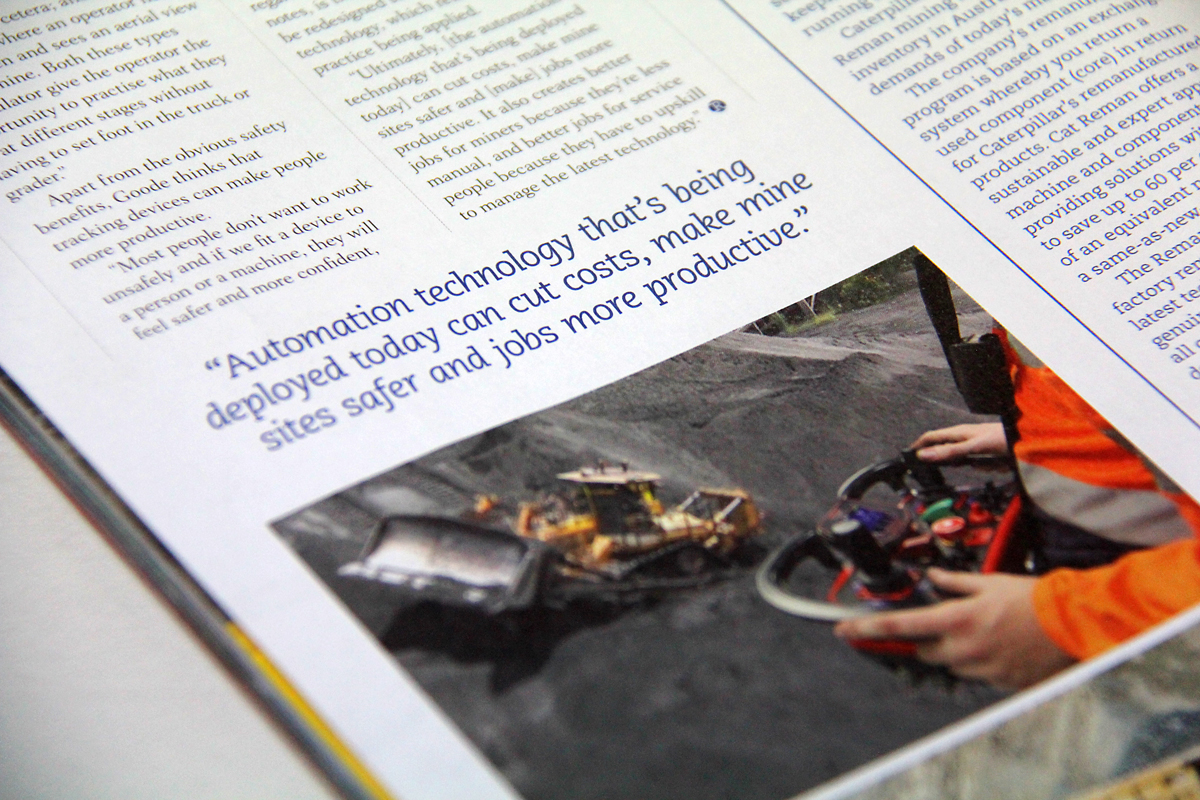 Drop down from the BHP Billiton, Rio Tinto and Vales of the world and it will be years before autonomous vehicle technology comes down in price enough for it to be affordable for ‘junior’ mining companies, says Immersive Technology ’s executive vice-president – sales and support, David Anderson.

And even the sites with automated haul trucks still employ light vehicles, graders, water trucks, wheel loaders, shovels and excavators, all of which have operators in them. This in itself has created a number of safety issues, says Anderson.

“The first thing that happens is that there may be fewer operators still in the pit or underground, but their roles are more complex,” he explains. “In an environment like a mine site, if you increase the complexity of a role you need to train people, and that’s where simulation and virtual classroom technology helps. You can take operators and supervisors through ‘what if’ scenarios, rehearsals of procedures et cetera, and that makes a big difference.”

The other big change is that interactions between operator-driven and autonomous vehicles are much different to interactions between operator-driven vehicles. On a mine site without automated haul trucks, a haul truck operator would call up the grader, water truck et cetera on the radio. They would then coordinate between them when it would be safe to pass or do whatever evolution they needed to do. With automated haul trucks there are now new rules of engagement and procedures, and this is one of the main challenges of automation, says Anderson.

“Operators need to learn new procedures but you’re hardly going to drive a grader or a water truck up and down a haul road while the operators learn how to interact with automated haul trucks. “This makes training even more critical and it is where simulators come into play. We use both our driving simulators, which replicate the environment of a grader, water truck et cetera; and desktop simulators, where an operator has a touchscreen and sees an aerial view of

Both these types of simulator give the operator the opportunity to practise what they do at different stages without having to set foot in the truck or grader.” Apart from the obvious safety benefits, Goode thinks that tracking devices can make people more productive.

“Most people don’t want to work unsafely and if we fit a device to a person or a machine, they will feel safer and more confident, and they’re going to be better at their job.”

The other interesting fact with regard to automation, Goodes notes, is that often, sites need to be redesigned to accommodate the technology, which results in best practice being applied.

can cut costs, make mine sites safer and