Accessing the inaccessible with Smart Technology 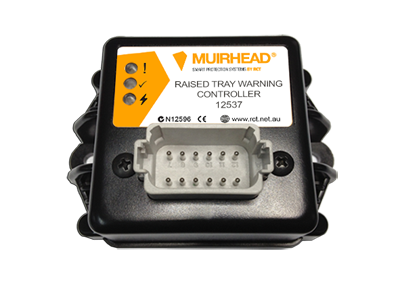 The Costerfield mine has a “narrow vein operation” which requires drives to be kept to a minimum width to minimise ore dilution for ore processing efficiency. It was this requirement that made reaching ore in some areas quite difficult.

In addition to this, the site’s drilling and blasting practices, designed to ensure operator safety also meant about 25 per cent of ore remained in the stope, out of safe reach from the loader under manual operation.

Upon using RCT’s Guidance simulator to review Costerfield’s mine site plan layout it was discovered that many areas that had originally been scaled back after being deemed inaccessible, were in fact accessible with machines equipped with RCT’s Smart Technology.

Implementing RCT’s ControlMaster® Guidance and Teleremote systems on its Sandvik LH203 has enabled the operator to control the machine from the safety and comfort of an RCT built operator control station underground.

The systems allow operators to successfully navigate the previously inaccessible narrow drives at a greater speed, with ease, all while avoiding contact with the walls; eliminating machine damage. The operators’ ability to switch from Guidance to Teleremote mode to load the once unattainable ore in the bucket from the stope, also contributed to substantially increasing productivity.

In addition to minimising machine damage and increasing productivity, the systems have evolved a safer mining method.

RCT’s systems increased ore recovery to 95 per cent in blind uphole stopes at the Costerfield mine site.

“Apart from improving ore recovery from previously inaccessible areas, Mandalay is pleased to give our staff the opportunity to learn new skills of operating Teleremote loaders, in the air conditioned environment of the Teleremote Operator Cabin,” said Costerfield Operations Mine Manager Melanie McCarthy.

“This improves safety outcomes for our loader operators because the Sandvik LH203 loaders are currently open cabin loaders.”

It was Mandalay’s first project with RCT, but not its last. Following on from the overall success of the project Mandalay has decided to progress with a second full Teleremote and Guidance systems to be installed onto a second loader, along with a second new operating station.

The second unit is scheduled for delivery shortly.