RCT has finalised a major automation project at MATSA’s Aguas Teñidas and Magdalena mines in the Huelva province of Spain.

The Sandvik loaders can operate on a digital network via RCT’s Area Access Cabinets which act as an extension of the Automation Centre and interfaces between the work areas and the machines.

This instalment builds on a previous project to mount ControlMaster® Teleremote and Guidance Automation solutions on three of the site’s CAT R2900G underground loaders which operated on an analogue network via two surface control stations.

Guidance Automation solution means machines can tram between two predetermined points on a mine site with the simple push of a button by operators who also receive real-time information including machine speed, RPM, direction, pitch and roll.

The Automation Centre consists of an ergonomically designed operators chair facing up from screens which feed real-time information from sensors and machine-mounted cameras to the operator.

Teleremote enables the operator to remotely manage the machine from a control station in real time. 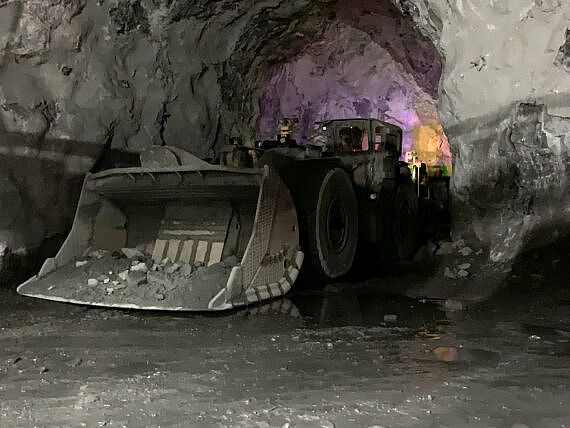 A MATSA spokesperson said: “this system not only allows us to operate in hazardous conditions safely from the surface but also increases productivity by permitting us to operate during shift change and smoke clearing. We also have the capability to simultaneously operate more than one piece of equipment with the same tele-remote operator.”

“ControlMaster® Guidance Automation has a proven track record of improving operator safety in a traditionally hazardous working environment by removing them from the mine face,” he said.

“The faster tramming speeds will also help to boost site productivity on site and limit unplanned machine downtime due to repairs from machinery accidents while the new Automation Centre will reduce operator fatigue due to improved comfort and ease-of-access on the mine’s surface.”