The competition saw the year ten students design and construct parts of a remote control vehicle. They were responsible for everything on the car including the electronics, shell and the tow bar.

The finished products were presented to a panel of judges and tested on a track in a points-based competition.

Cannington Community College’s STEM Teacher, Nick Stretch said RCT’s involvement and financial support contributed greatly to the success of the team who placed second nationally and saw them invited to compete at the international competition. 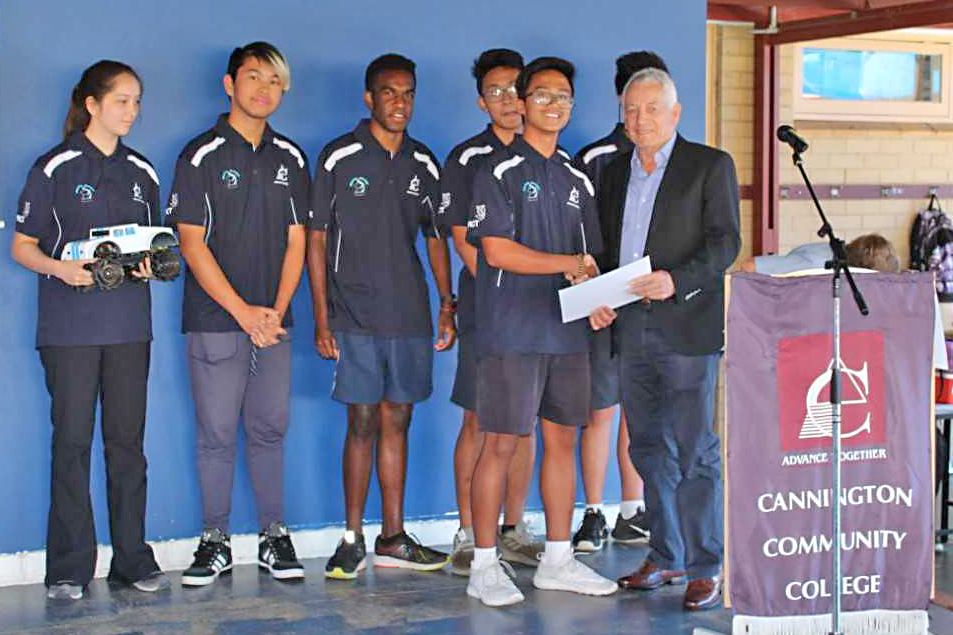 “We’ve had the robotics students visit RCT for a tour previously and we were very impressed with the level of enthusiasm they had,” said RCT’s Product Training Manager, James Wemm.

RCT’s decision to sponsor events such as these, stems from the company’s Founder, Bob Muirhead instilling the importance of education and training in the company as he himself started out in the industry as an apprentice.

“The challenge they partook is based around mechatronics and robotics. If they are keen enough to pursue a career in these fields then we could well see some of them join our team in the future,” said Mr Wemm.

The RCT logo was boasted on the group’s t-shirts and cars and in addition to this RCT was presented with a certificate of appreciation at the graduation which recognised the company’s contribution.