This project was a crucial turning point for the gold mine’s transition into an autonomous machine operation and will allow the site to operate more safely and efficiently.

The solutions allow operators at the gold mine, to simultaneously clean up landslip while continuing production in the same area; significantly increasing productivity by reducing downtime associated with manual operation of the mobile machines.

This is made possible thanks to the customisation of the Teleremote solution to incorporate the Multiple Machine Selection (MMS) feature which allows one operator to swap between machines when production tasks change.

This is particularly significant to aiding productivity as the mine operates 24 hours a day, seven days a week.

Prior to the installation of RCT’s automation solutions, the mobile machines were operating in hazardous areas prone to rock fall and exposed to extreme weather conditions all year round.

RCT’s customised Teleremote solutions removed the operator from the cab of the machines and relocated them to an ergonomically designed Control Station, complete with modern comforts such as heating, which is essential at a mine experiencing such extreme temperatures.

Two Control Centres were deployed on site, one controls the trucks, dozer and shovel and the second controls the drill.

Providing operators with a comfortable working environment has proven to increase productivity as they remain more alert during shifts.

As well as protecting operators from the elements, each component of RCT’s ControlMaster® solutions were specifically designed to withstand the extreme temperatures experienced in Russia.

As a result, all components are in compliance with ambient classification set forth in GOST 15150-69; ensuring components can operate efficiently in temperatures ranging from -45 degrees Celsius and 45+.

Visibility was another factor that had to be taken into consideration due to the mine’s location. To ensure seamless operation during the evening shifts and the winter months, additional external lighting was fitted to the trucks and loaders; ensuring adequate visibility during the mining process during these times.

This extensive project also required the reinvention of the design of RCT’s existing surface drill console which was installed to control the Atlas Copco drilling rig on site.

The drill console was downsized and thanks to the latest ControlMaster® technology the Custom department was able to reproduce it into a more manageable size with the same functionalities it previously possessed.

The console now consists of four joysticks which can be used over four different modes to perform 50 functions necessary to operate a surface drill via remote control.

It was also integral the drill icons would translate well to Russian but also have a universal meaning.

“Everything we have implemented on this console has been to serve a specific function. It was important we catered to every function the operator would have, as if they were in the cab of the machine,” said RCT’s CIS Business Development Manager, Stephen Macarow.

“RCT can provide more than a standard offer; it’s our agileness and ability to rise to any technological challenge that gives us that competitive edge,” Mr Macarow said. 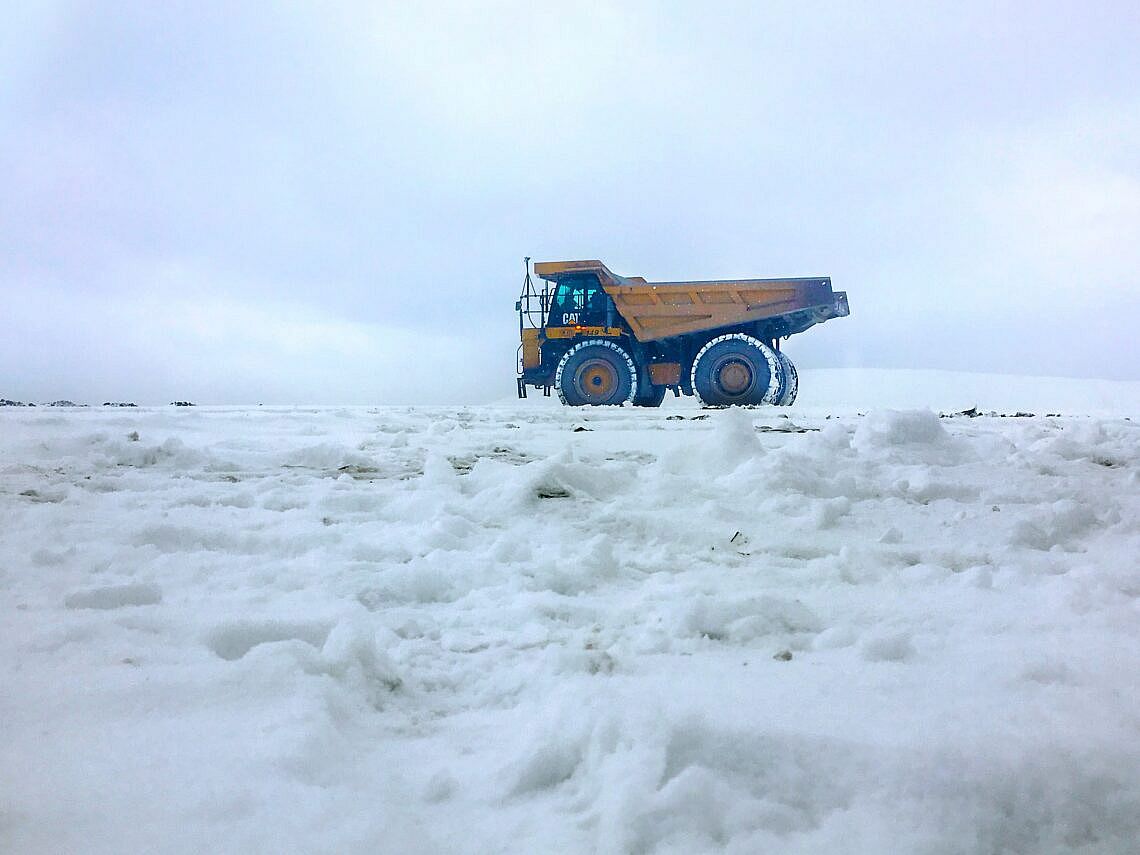 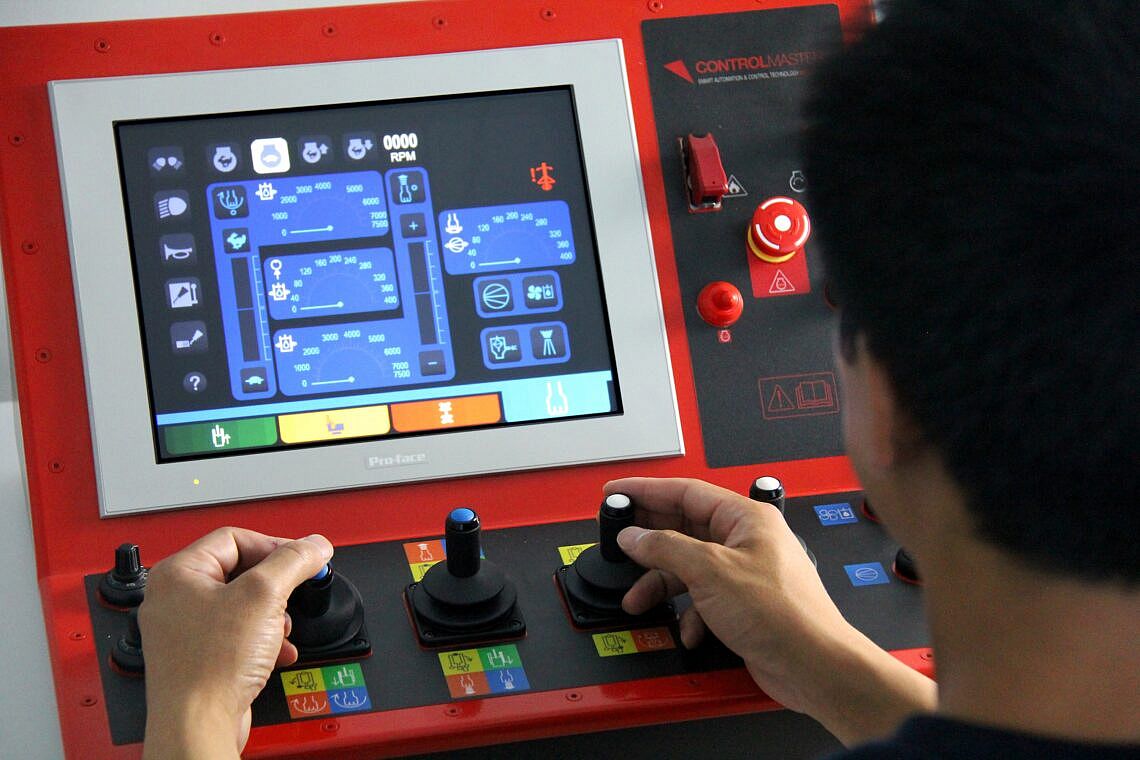 To further ensure operators have the same, if not better view of the operating area, pan-tilt-zoom cameras – capable of remote directional and zoom control were added to the drill.

The end result was a modernised console that met all the criteria for this drill that will lay the foundations, to be adapted to various drills for years to come.

A Polyus spokesperson stated that the introduction of capabilities for equipment remote control improved safety of mining processes in challenging mining and geological conditions of the Olimpiada Mine. The project provided an opportunity to evaluate technologies and capabilities of remote control systems. And to begin work on assessing the possibility of using automated control systems to operate mining machines.

VT’s Technology Manager, Alexandr Voroshilov said: “for Vostochnaya Technica (VT) this project is not only the biggest technology project, it is a good example of strong partnership with RCT and good relations with our customer Polyus. The project involved 40+ employees from VT, RCT, Neman and Sercons working on different project stages, 4 tonnes of high technology RCT equipment was delivered from Australia to the remote mine site in Russia. It also encompassed specially designing and building 2 operator stations, obtaining 6 certification (permission) documents and it took 6 month for installation, full testing and commissioning. VT and RCT have been partners for more than 8 years, we worked as one team to complete this project and to provide a comprehensive solution to our customer.”

While RCT is prominently known for its work in the underground mining environment, its capabilities have always encompassed surface mines and this project is an excellent example.

RCT's Custom department's unique capabilities are often called upon to provide bespoke solutions to CAT dealer, VT and its clients in Russia.

This project highlights RCT’s interoperability capabilities; installing automation solutions on Caterpillar, Komatsu and Atlas Copco mobile machines and have them work together to achieve a common goal of increasing productivity safely.